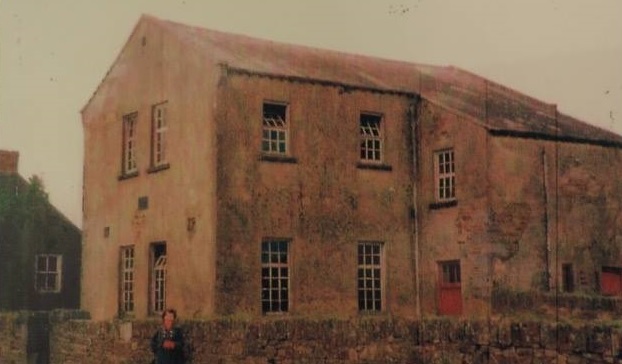 Located between Pike Street and Pound Street, a fine two-storey building housed the Boys School and the Girls School on separate floors and which were accessed from different streets. Built in 1886, it was replaced at a new location by Scoil Naomh Iosef in 1959. 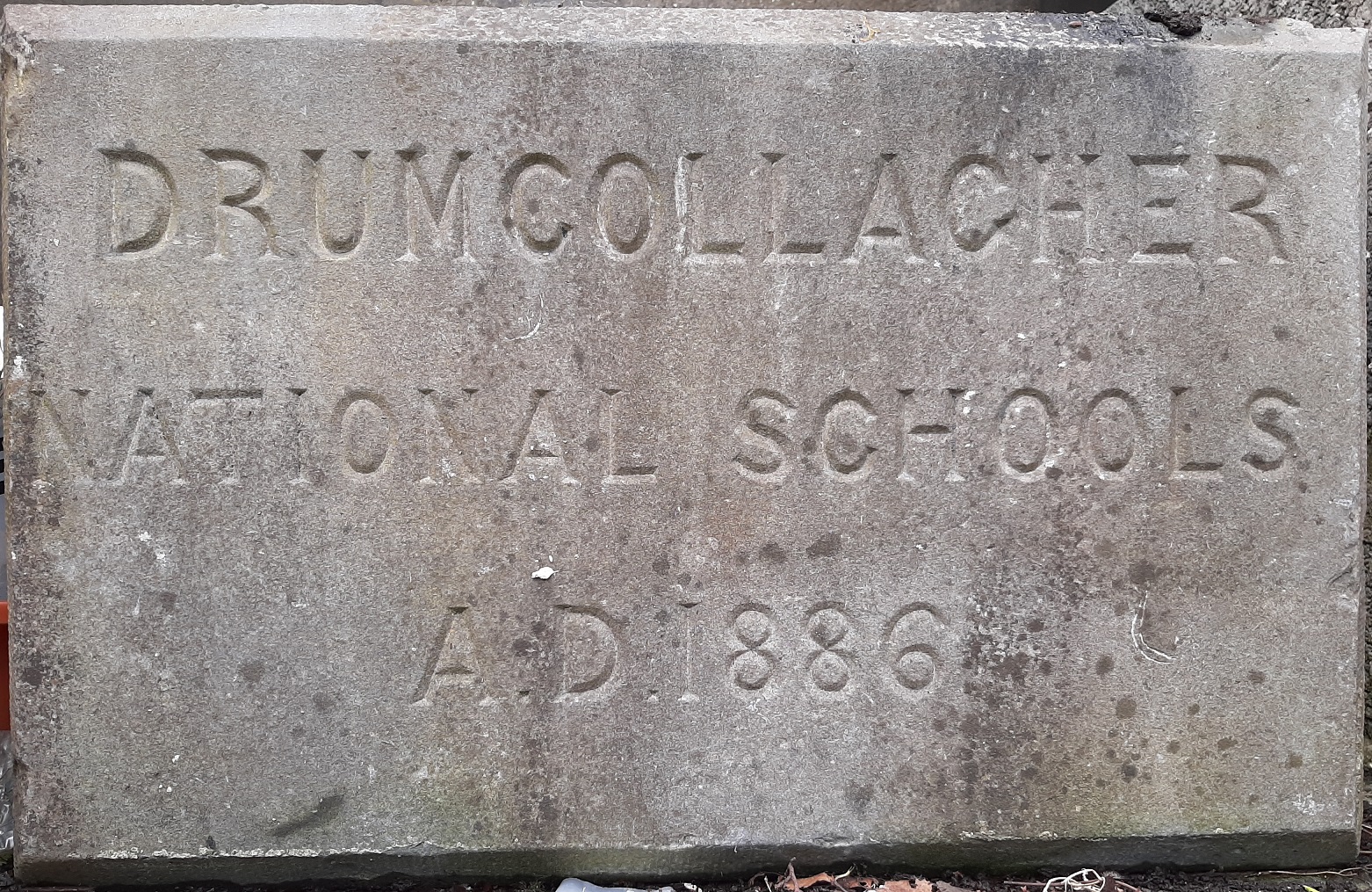 The date stone from the Old School (which can be seen be seen on the photograph of the school, on the front wall). Dating the building to 1886, it uses another interesting spelling for the town.

When built in 1886, the National School in Dromcollogher must have been an impressive addition to the town. The tall, two-storey building, with its slated roof would have stood out on the streetscape of low thatched houses in the vicinity. It was built on a site that occupied the ground between Pike Street and Pound Street. A stream from ‘the hill’, heading for the Ahavarraga, ran in the deep and narrow channel beside the school, separating it from the Creamery.

Location and layout of the Old National School in Dromcollogher.

The school comprised a Boys National School and a Girls National School and though both occupied the same building, they were totally separate. The girls’ school was on the first floor, the boys had the ground floor. The girls’ entrance was from Pike Street, the boys’ was on Pound Street. The playgrounds were separate – both were small confined spaces but the boys had the larger playground. The sanitation facilities in place involved the use of toilet seats with the stream underneath as sewer. The toilet block naturally was separated for boys and girls, with access from the respective playgrounds. 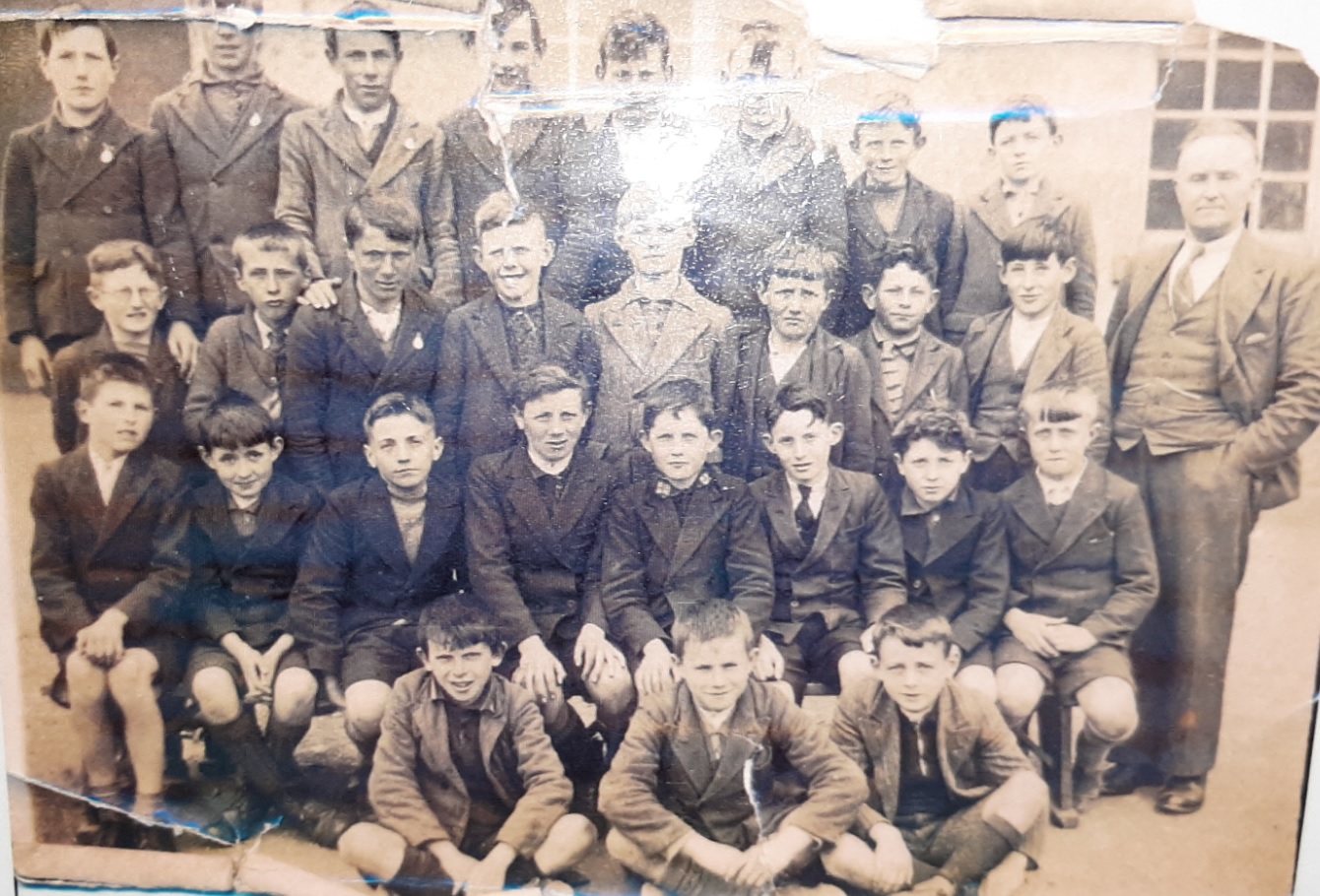 In 1944, the Irish Tourist Association conducted a Topographical and General Survey around the country and a Ralph Lucas conducted the survey of Dromcollogher and Broadford in the Barony of Glenquin. Mr Lucas was reasonably complimentary about the general impression of what he found but didn’t see much in the way of tourist potential at that time. In matters of detail he was quite frank in his reporting and he described Dromcollogher National School as “dark, primitive looking”. He wasn’t impressed by the standard of hotel-type accommodation in the town either, returning some harsh comments on Leahy’s Hotel and O’Connor’s Hotel. 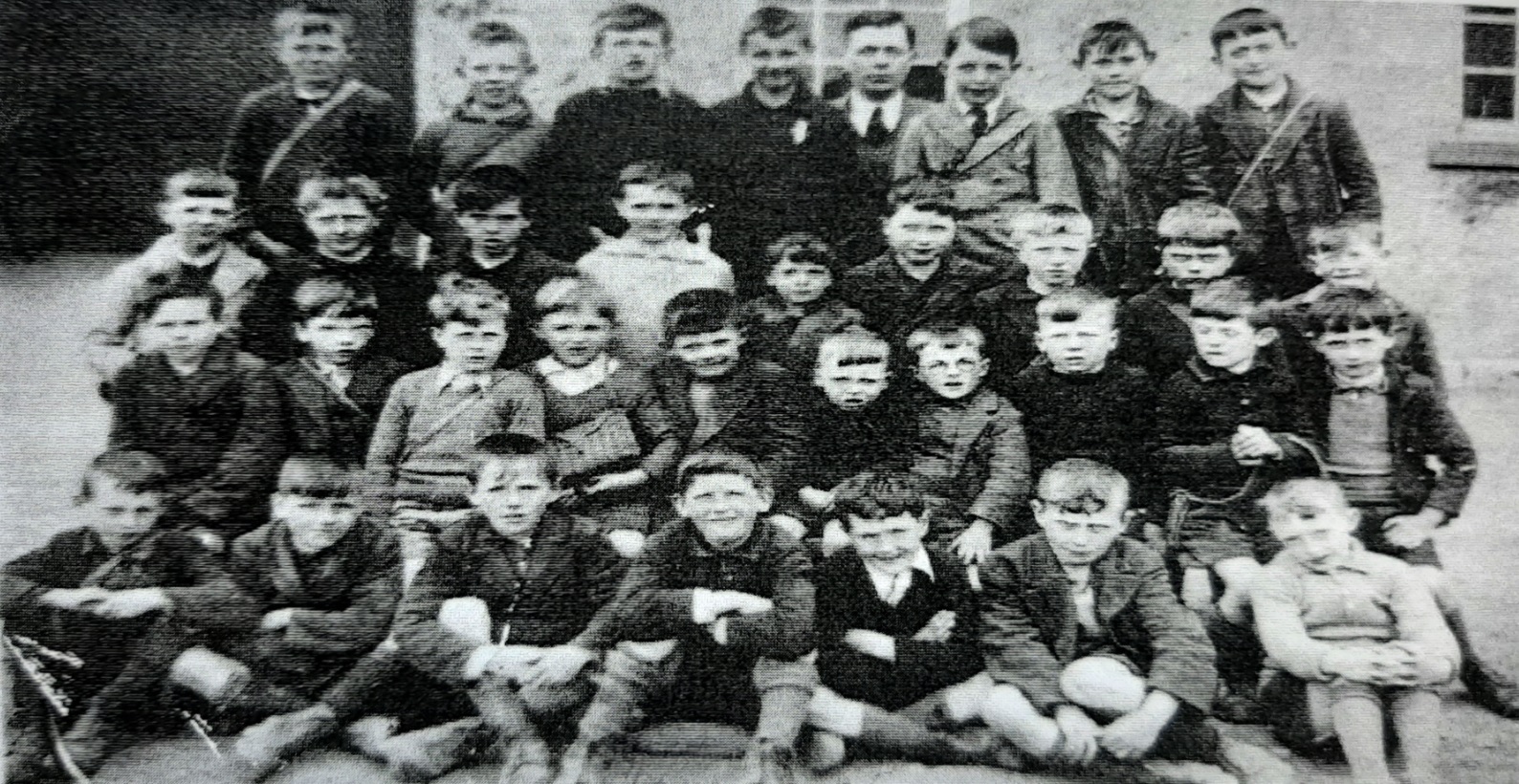 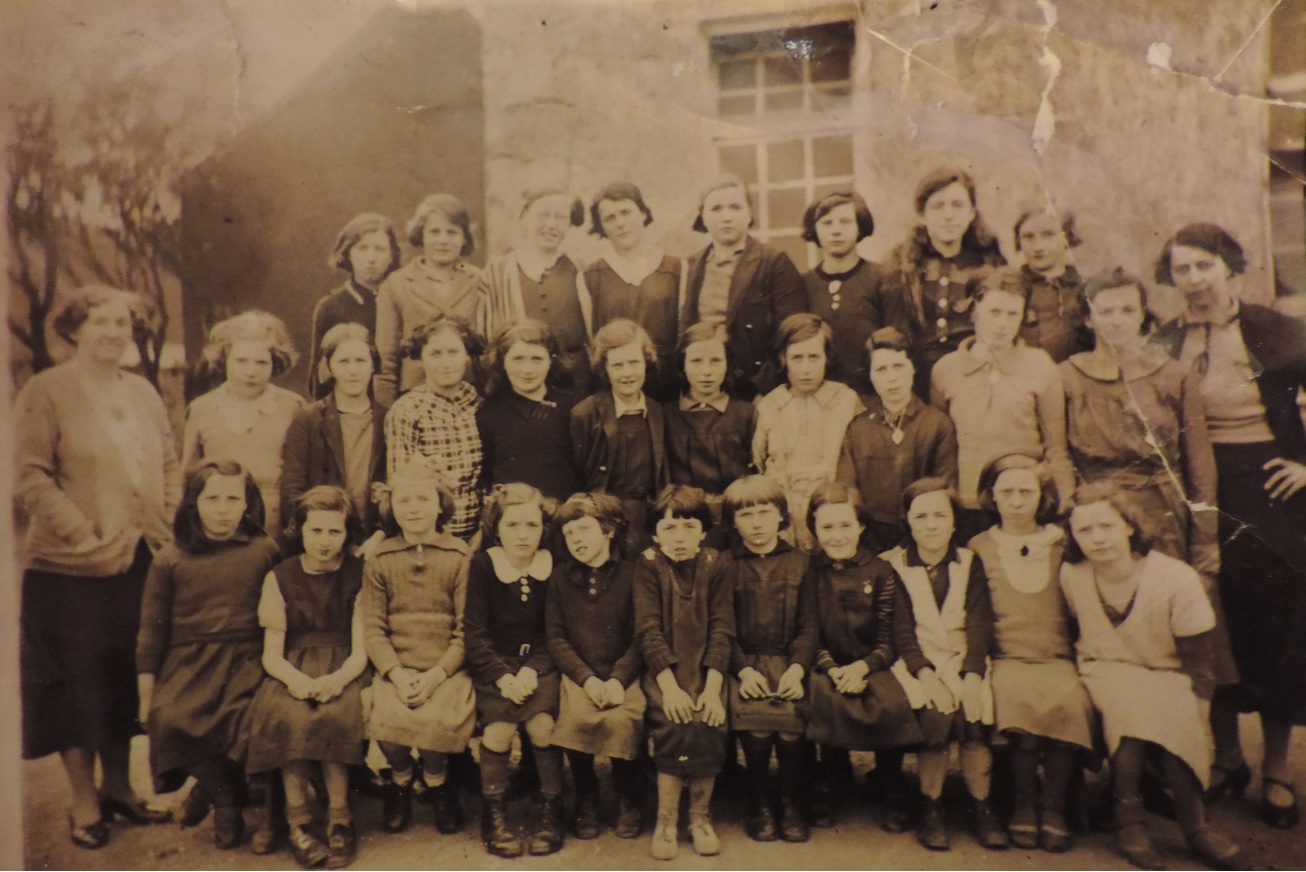 In 1959, a new school was built on the Cork Road, on a site owned by the Savage family. Dedicated to St Joseph, Scoil Naomh Iosef is a fine school that is still providing a rich and broad education for the young people of the locality. It has undergone amalgamation and transformation over the years and currently, all the pupils there enjoy the best of facilities and the most modern teaching and learning technologies and equipment available. 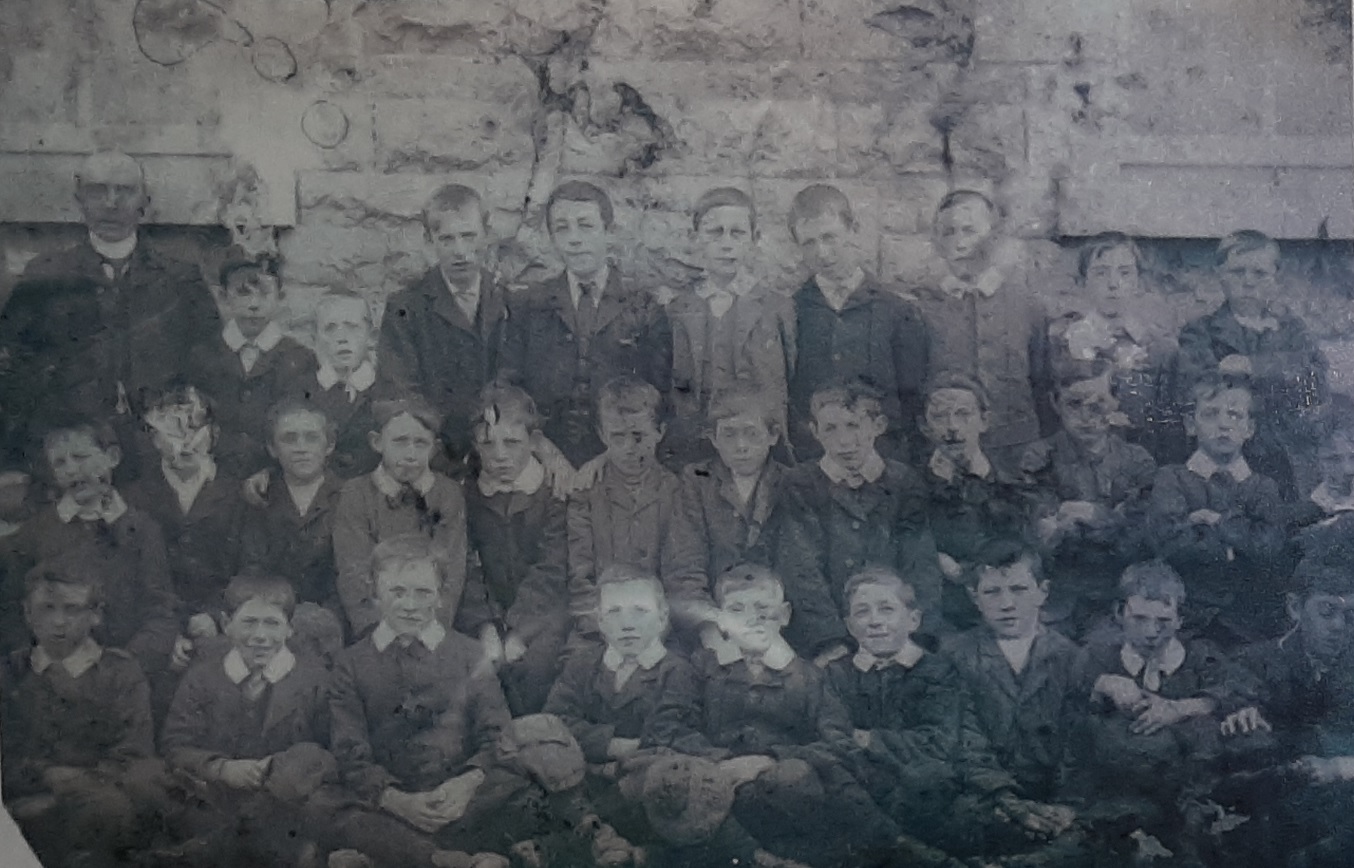 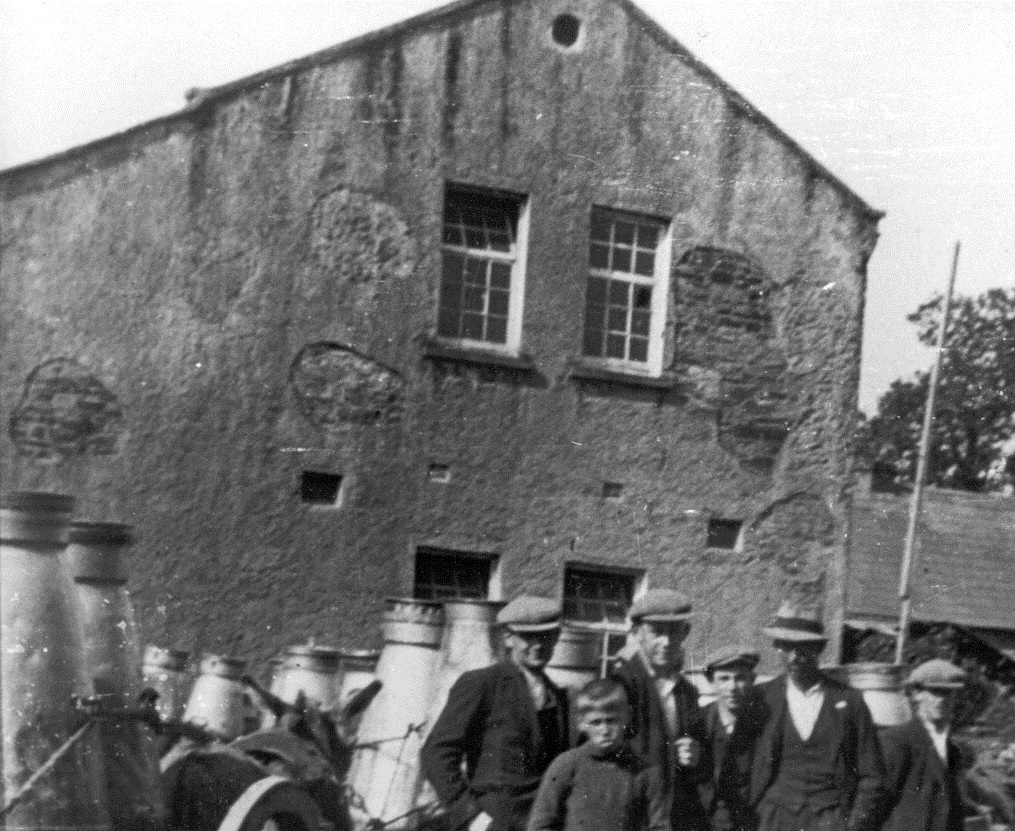 A view of the Girls School side of the Old National School in Dromcollogher as some suppliers queue up for the Creamery next door. 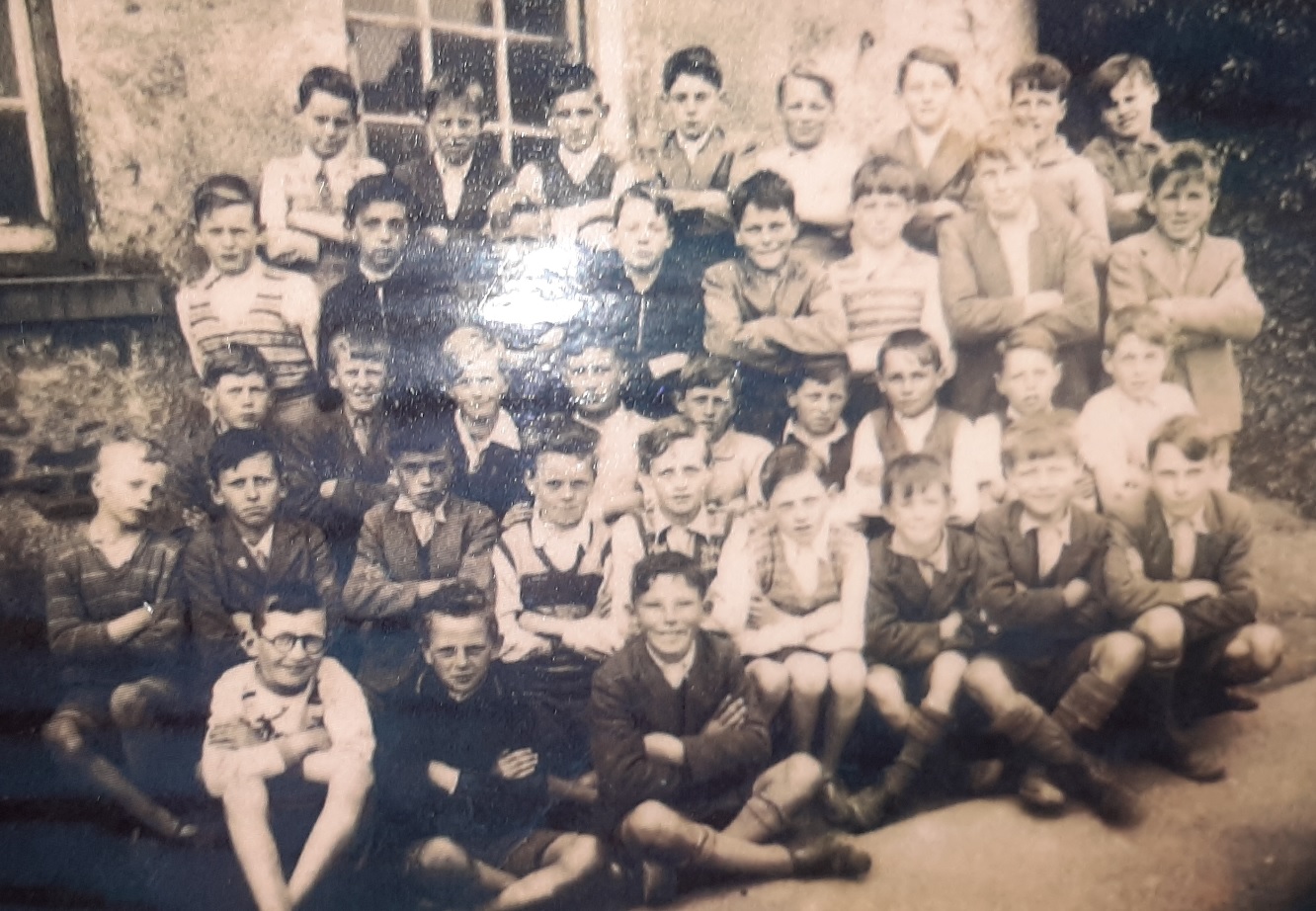 Another group of boys at the Old National School in Dromcollogher.

The fine buildings and facilities at the new Scoil Naomh Iosef.